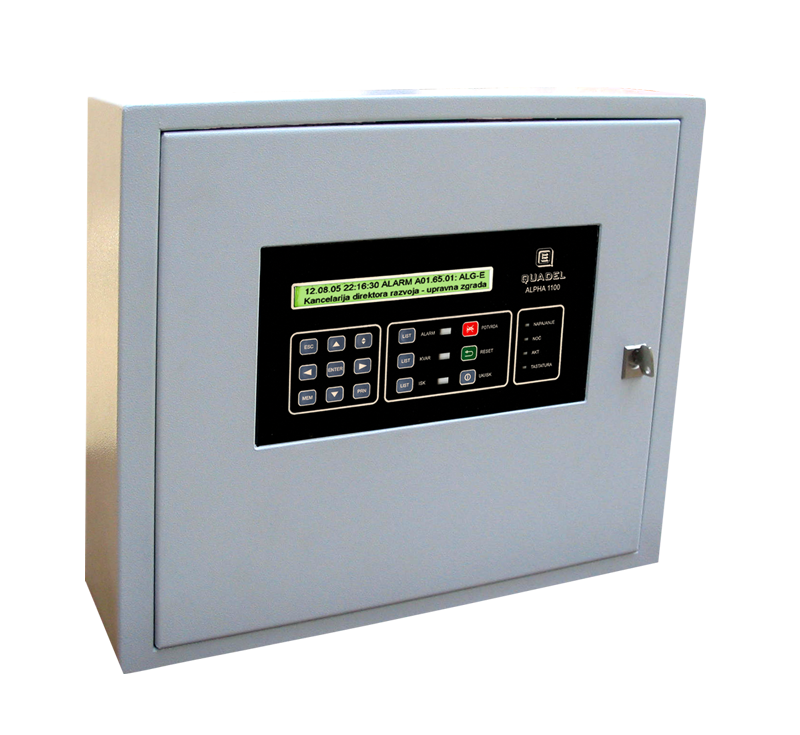 QUADEL was founded in 1992 in Nis and today it is organized as a shareholding company with the main office in the same town. From the very beginning, the priority of its activities was given to fire protection and fire extinguishing systems, that is to the production of control panels and PC monitoring software.

Until now, the equipment of QUADEL was installed in more than 1000 buildings, which represents a guarantee for further installations of the already existing ones, as well as a great experience for the development of new types of the systems.

Following contemporary occurrences, QUADEL, cooperating with the world leader in fire sensors production, company HOCHIKI (Japan), that is with its European company - HOCHIKI EUROPE (UK), developed the control panels based on ESP communication protocol, with application of the most contemporary analogue addressable detectors of series ASX (flat response technology) and appropriate I/O devices. Thus QUADEL became the first and at this moment the only producer of the equipment of this type in Serbia and this part of Europe.